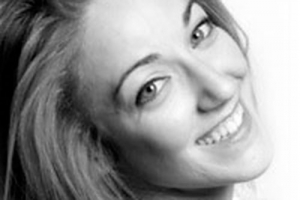 Born in Dieppe, N.B., Chantal Baudouin discovered her passion for movement through gymnastics. It was at the age of eight at École DansEncorps that Chantal took her first dance classes. During her adolescence, she was a member of the Jeune Troupe DansEncorps.

She had the opportunity to participate in the international conference Dance and the Child International three times, the last time as a member of Compagnie DansEncorps (Brazil, Netherlands, Jamaica). Ten years later, as a member of the Compagnie DansEncorps, she toured New Brunswick and performed nationally and internationally on several occasions. In 2005, Chantal represented Canada at the Jeux de la Francophonie in Niger.

After graduating from high school and B.I. with excellence, she continued her studies in dance at The School of Toronto Dance Theatre. In 2012, Chantal graduated from the Professional Training Program having received training in Graham technique and studied various styles such as Horton, Limòn and classical ballet. Chantal was blessed to work with choreographers such as Serge Bennathan, Anna Blewchamp, Christopher House and Gerry Trentham.

She was an apprentice with Toronto Dance Theatre for their 2012-2013 artistic season and had the opportunity to work with Thomas Hauert on the creation of Pawn Skaters. In 2013, she danced for ProjectLIMB in Gabriel Forestieri’s Glass Jaw in New York. Recently, Chantal joined the DansEncorps team as a member of the Company, happy to work with choreographer Pierre-Paul Savoie, and a professor at the École DansEncorps.

In addition to her dance career, Chantal was coordinator of the 9th edition of the Atlantic Dance FESTIVAL Atlantic Dance and assistant to the artistic director of Les Productions DansEncorps Inc.