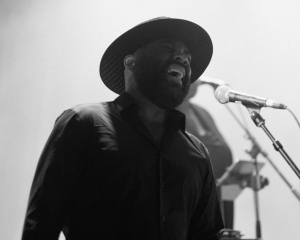 Franck Julien began his career as a singer-songwriter. He then travels throughout Quebec, Europe and the United States where he performs on stage with his bands.

With his experience, it is from the early 2000s that he takes part in some of the most popular musicals produced in Quebec and abroad such as Generation Motown, Shérazade, Esquire Show Bar and Soul Night.

At the same time, he pursues a career as a chorister where he combines his love of harmonies and his passion for the stage. He can be seen on television shows such as Y a du monde à Messe or Belle et bum, but also on stage behind artists such as Ginette Reno, Jean-Pierre Ferland, Louis-Jean Cormier and Damien Robitaille to name a few.