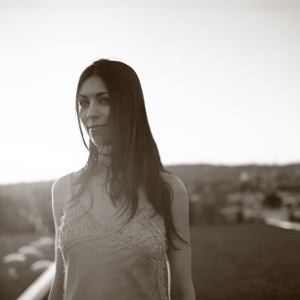 Since the release of her award-winning debut album in 2009, Geneviève Toupin has been performing near and far, with a growing audience in Canada and Europe.

After winning numerous prizes for her self-titled French debut album, Toupin went on to release her first English language album in 2012.  The road to the release of her second album The Ocean Pictures Project reads like a traditional folk tale, a kind of tapestry woven together from various traditions and lands.

She also garnered attention for her Tournée des Cafés webseries.  The project was such a succes that she filmed new episodes for broadcast on TFO TV in 2013.

In 2014, Geneviève Toupin presented her new project and alter-ego Willows, blending her Métis roots and her Franco-Manitoban heritage.  The collection of intimate songs go from haunting harmonies to catchy melodies, all the while invoking the prairie wind with her warm vocals.  Willows was met with glowing reviews and what followed was a very busy few years of cross-Canada touring, a Canadian Folk Music Award nomination and a Trille Or for Best Album from Western Canada,.  Named after the California coastal city and the Saskatchewan ghost-town which both share the same name, Willows is a sonic landscape of desert light and open skies.