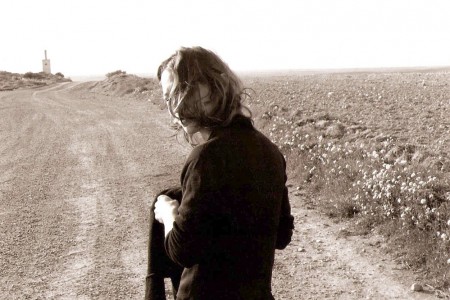 “Her voice had an exceptionally wide range of colours, but in all shades it was a naked voice. It challenged you to follow her to that region in the heart where she moved so freely, and to see afterward if you could still keep your mask in place… Her songs were permeated by the awareness that each moment, whether it be filled with sadness or happiness or rage, is crumbling under our feet.” – The Globe and Mail

Some might have seen Lhasa’s first album, La Llorono, LLORONA as a curiosity, an exotic accident. The singer and songwriter appeared from nowhere in 1997 with an album that defied definition, capturing a Latin world of her own imagination born of an itinerant childhood spent between Mexico and the US. The music was both familiar and truly unique, a mix of ranchera music, Eastern European gypsy music, country, and popular songwriting, with intensely personal lyrics in Spanish, and a passionate vocal delivery. The album was written and produced in Montréal, and in many ways could not have been made anywhere else. These are songs inspired by a warm country but written in a cold one, with a Brontë-like romanticism, a wry and literate sense of humour, and moments of startling emotional rawness. The album made its way through Canada, France, then through half of the world, winning prizes (including a Juno and a Felix) and selling more than 700,000 copies. The Living Road, her second album, brought Lhasa to an even wider public and to greater acclaim. Her impassioned and hypnotic performances took her to hundreds of cities, from Mexico City to Istanbul. Her third album, simply titled Lhasa, feels like the work of a singer, songwriter, arranger, and producer coming into her own.

Lhasa’s songs have been used in film and television, including The Sopranos, Madonna’s documentary I Am Because We Are, the science fiction film Cold Souls, and John Sayles’ Casa de los Babys. Collaborations with other artists included work with Tindersticks, Patrick Watson, Arthur H. and many others. In 2005, the BBC’s World Music Awards names Lhasa “Best Artist of the Americas”.

Far from all the sound and fury of the modern music business, Lhasa quietly went about becoming one of the most fascinating songwriters of her generation. On January 1, 2010, Lhasa passed away in her Montreal home, succumbing to breast cancer at the young age of 37. It snowed for more than 40 hours in Montreal after her death.