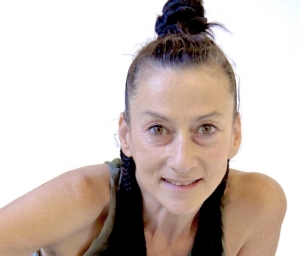 Montreal choreographer Lina Cruz founded her company, Fila 13 Productions, in 2003 and has presented her work in festivals and events at local, national and international levels. Cruz has a background in ballet as much as modern/contemporary styles and takes interest in martial arts and various forms of stage expression. She has created works for independent artists as well as dance companies and institutions of professional dance training. Cruz is also often involved in theatre and opera projects. In her works, she explores detailed body language, sound and vocal expression, composing characters and sketches which portray an unsettling strangeness, but always hand in hand with a mischievous playfulness.

Cruz is a two-time Dora Mavor Moore Award recipient for Outstanding Original Choreography (2012 and 2017) and was nominated for the same award in 2015. She received a second place award in the 1998 international choreographic competition of the St-Sauveur Arts Festival (Quebec).