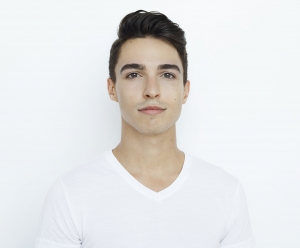 Nicolas Boivin is originally from Saguenay, Quebec. Dance entered her life at the age of 12. After practicing several urban styles, Nicolas became interested in ballet and contemporary dance. In 2017, he completed his training at the École de danse contemporaine de Montréal, which he nicknamed the school of life. During his career, he has danced the repertoires and creations of several choreographers, including Angélique Willkie, Darryl Tracy, Hélène Blackburn, Édouard Lock, Marie Chouinard, José Navas, Marc Boivin, Parts+Labour_Danse and Jason Martin. In his work, Nicolas shows generosity, authenticity and naivety, allowing him to completely abandon himself to the new material. His positivism and his thirst to deepen his knowledge push him even further. Since his professional debut, he has been working with PPS Danse, notably for L’École Buissonière and for the creation of two new shows planned for 2019-2020: The Treasury and Attractions.