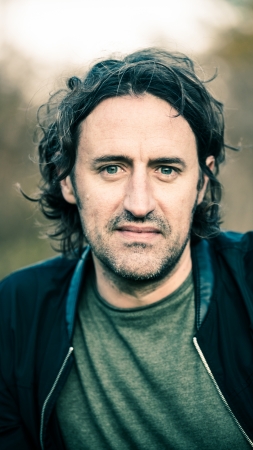 Sébastien Lacombe is a Montreal-based singer-songwriter who has been performing for 18 years. With 5 solo albums to his credit, Sébastien has carved out a place for himself among the Quebec singer-songwriters of his generation.

Winner of the Ma Première Place des Arts contest in 2003, in the singer-songwriter category, and Découverte Radio-Canada in 2006, the artist was also chosen to represent Quebec at the Francophonie Summit in the Democratic Republic of Congo in 2012. He was also the choice of European journalists at the FICG in 2012, coup de coeur of Le Devoir and choice of the press at the Francofolies in 2013 for his show Territoires which combines a soft and heartfelt folk with sunny African rhythms.

In 2015, during the France-Quebec tour, he was caught up in the turmoil of the terrorist attacks in Paris. These events marked him to the point of wanting to write new songs about courage and resilience. It was in 2016 that his 4th album, Nous serons des milliers was released, resulting in a flurry of both critical and popular success. The song Trop de Soucis won, among others, the Découverte des radios publiques francophones award in 2017. The same year, he joined as a performer in the rock opera The Wall Live Extravanza (in tribute to the cult film The Wall by Pink Floyd) in which he will play the role of Pink for 4 years.

During the pandemic in September 2020, he launched Fly under the label B-12 (L-A be). Inspired by the quest for freedom, Fly is his first English-language record combining pop, gospel and folk and takes us on the journey of a lifetime. The critics are unanimous, Fly is a remarkable record and marks a turning point in Sebastien’s career. His next album, Le Chemin des Possibles, is scheduled for release in the spring of 2022.

A free, creative and versatile artist, Sébastien Lacombe does things his way, one song at a time.