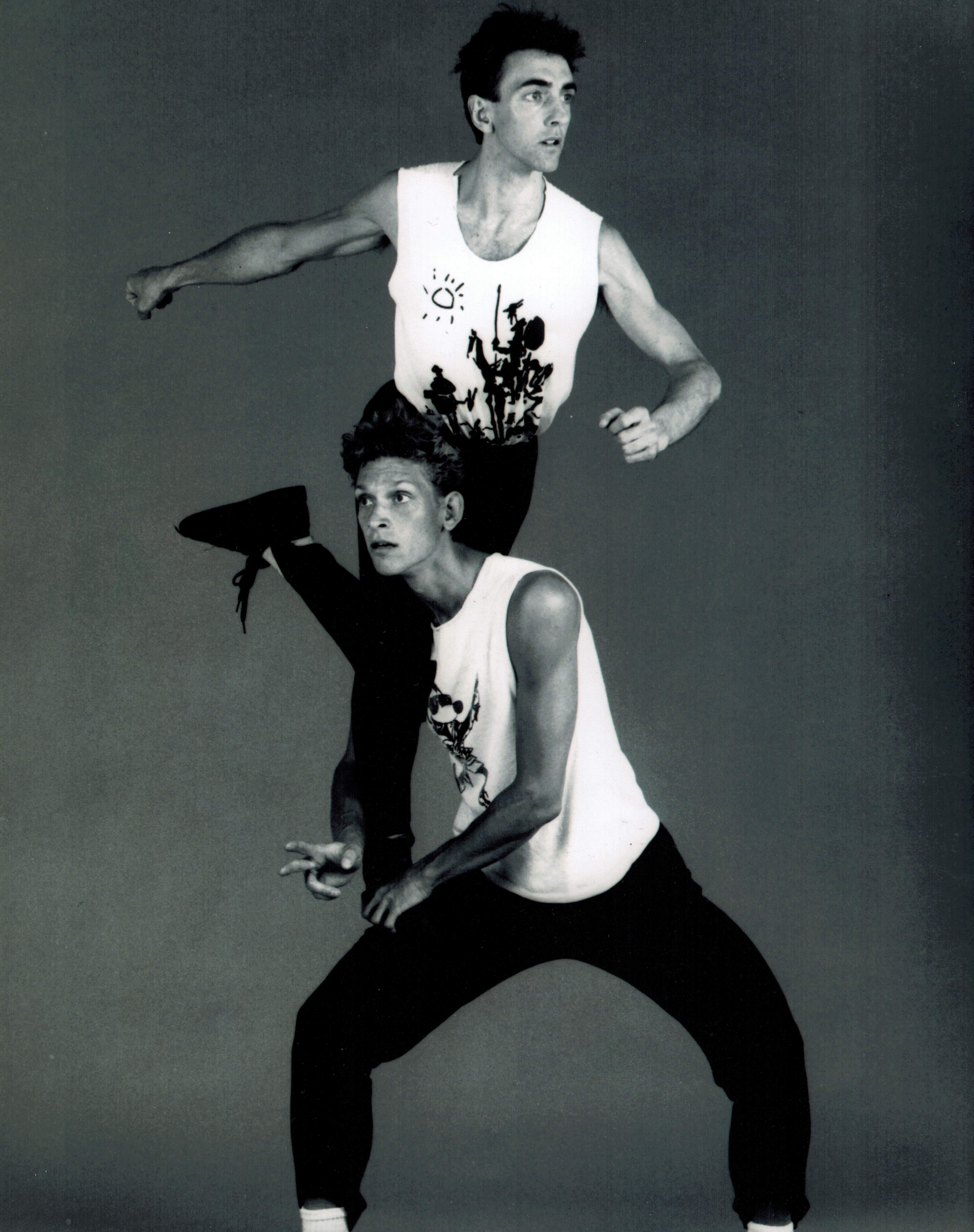 The work and artistic vocabulary developed by Pierre-Paul Savoie and Jeff Hall is a signature in itself! The collaboration they began in 1986 combines their talents not only as dancers, but also as acrobats, actors, singers and musicians. They form a hilarious duo, inspired by the famous duos of cinema and comics. Through their athletic qualities, charm and humanistic vision, they have captivated and imposed an interdisciplinary approach to dance that combines voices, texts, theatrical interpretations, architectural settings and innovative virtual reality images.

Jeff Hall and Pierre-Paul Savoie embody a  lively duet in Duodenum, inspired by animated films that explores the psyche of the contemporary male through a series of misadventures of two anti-heros, giving a fresh approach, humor and a touch of social critique in the Montreal dance scene.

Transfigured, two men find themselves in the middle of a daring and whimsical suspense where, haunted by comic book heroes, they embark on the pursuit of the epic myth.

The show was premiered as part of Moment’Homme in 1986. Thanks to their signature work Duodenum, a collaboration between Savoie and Hall, the company received international recognition and began a Canadian tour.

“A light humor, served with large gulps against a backdrop of broken up gestures … A brilliant and delicious choreography. ” Le Devoir, January 1986