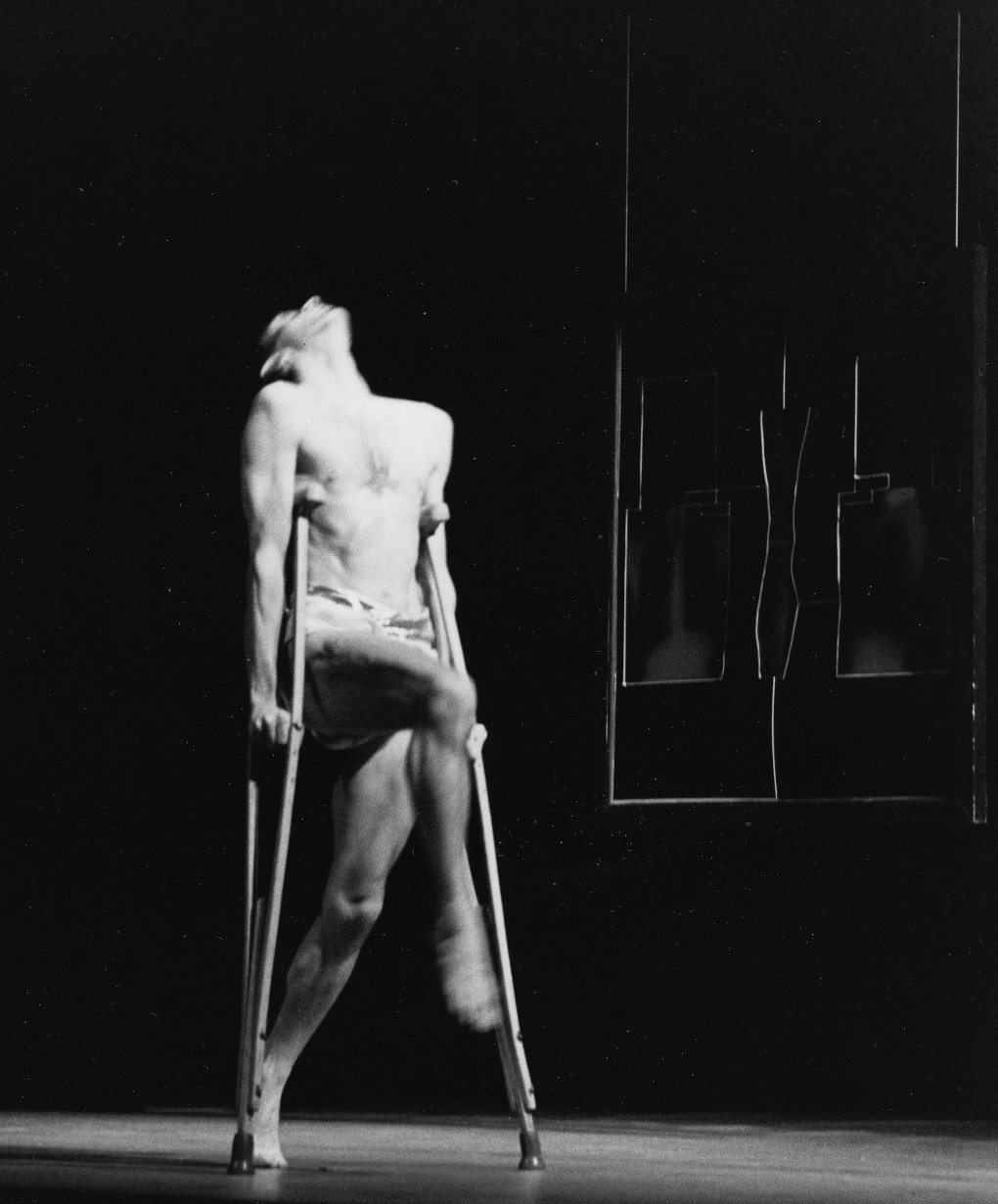 Founding work of the choreographic research of Pierre-Paul Savoie, Tripes attisées occupies a special place in his career. This is his very first creation, conceived in 1987 while still a dance student at Concordia University.

“This poignant work centered on crutches” (Dena Davida, The Canadian Encyclopedia) is an autobiographical solo directly inspired by a two-year period of his life, following a serious accident. The choreography evokes the desire to speak, vital force, resilience, and the will to get up after falling. Tripes attisées already establishes a dialogue between different artistic disciplines. The essence of the dramaturgy and theatricality that will define the choreographic work of Pierre-Paul Savoie are already there.

Here is an autobiographical work by Pierre-Paul Savoie where the strength and vulnerability of a person engaged in the trials of his destiny are exposed.

Tripes attisées has been part of the company’s repertoire over several years, presented in addition to Duodenum.