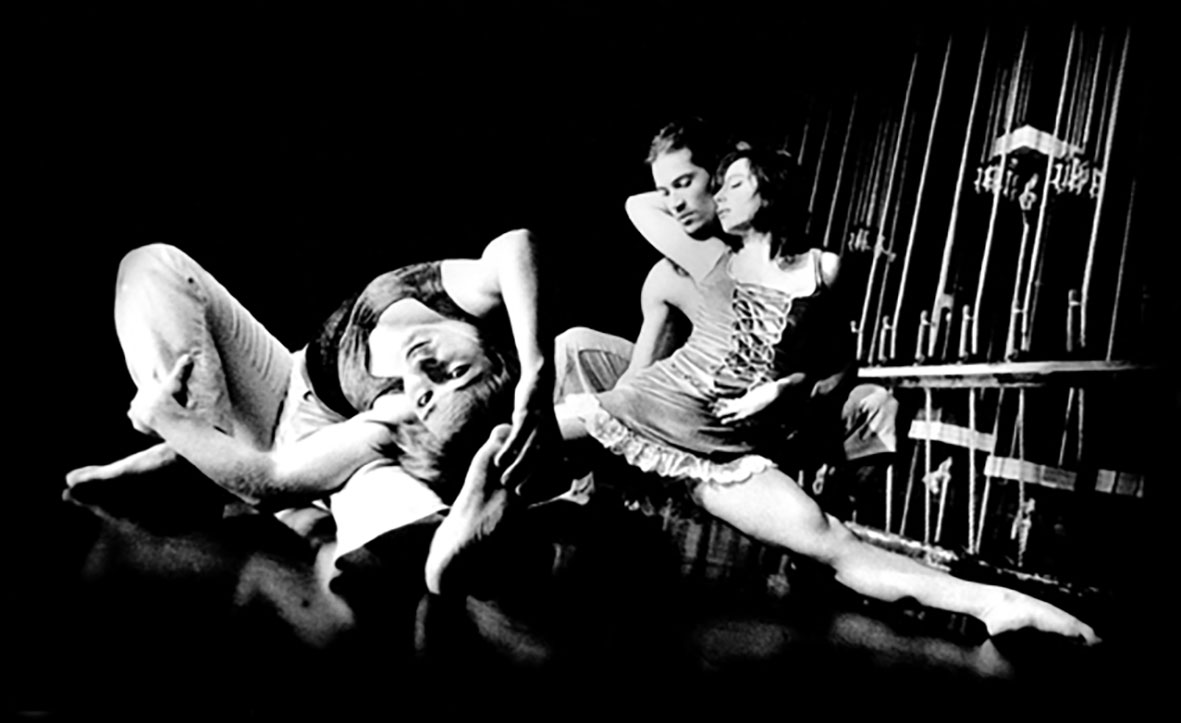 In 2004, Savoie turned his attention to the backstage life of dancers with the creation of a series of three short and dramatic dance numbers: Solosansfils, Extase and Louves, a solo, a duet and a trio, staging five dancers.

A production with the next generation combining dance and theater. A show that calls for self-deprecation. Disconnected from appearances, pretense and large deployments, but connected to the heart of all in the integration of emerging dancers.

Débranché (Unplugged), because there is no question, as is usually the case for PPS Dance, a multimedia production. No, it is rather an event marked by sobriety, even of stripping and intimacy that Pierre-Paul Savoie conceived, in which he questions the essence of his artistic approach and his choreographic language and, more broadly, the medium he chose, the dance. It is thus the world of choreographic creation, of which only the backstage can testify, which is evoked here. So, what about the relationship between a choreographer and a dancer? Between two artists delivering a love dance while they have little affinity outside the stage? Between dancers and a régie with sometimes binding requirements? Between life on stage and everyday life?

« Under the auspices of public development, Débranché has the spectator laughing out loud while witnessing a dance piece that is refreshing and very close to circus arts in its physicality. Exceptionally performed. »  Le Devoir. Montréal, Canada