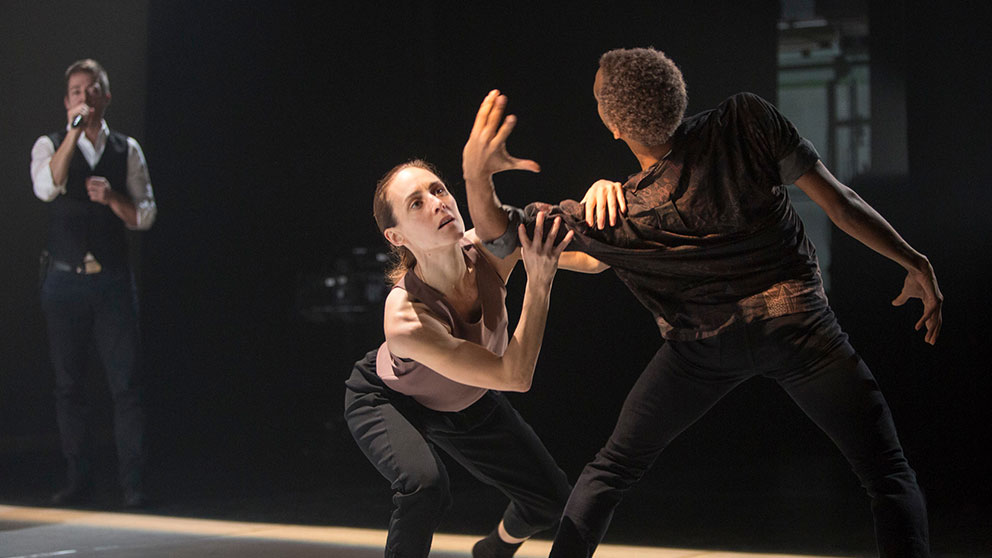 A highly original encounter between the œuvre of Léo Ferré and contemporary dance.

Created in 2016 to mark the 100th anniversary of Léo Ferré’s birth, Corps Amour Anarchie / Léo Ferré (Body  Love Anarchy / Léo Ferré) celebrates the work of this great French poet and composer. Conceived and directed by Pierre-Paul Savoie, under the musical direction of Philippe B and Philippe Brault, this interdisciplinary show revisits Ferré’s work in a marvelous amalgam of poetry, music and contemporary dance. Featuring an impressive 10 artists on stage including six dancers, three singers, one musician, the performance soars to the voices of Alexandre Désilets, Michel Faubert and Catherine Major and the choreographies of Anne Plamondon, David Rancourt, Emmanuel Jouthe, Hélène Blackburn and Pierre-Paul Savoie. The songs of Léo Ferré resonate now more than ever through their relevance and sheer magnificence.

Oscillating between love and anarchy, memory and sea, solitude and hope, Léo Ferré’s œuvre will spread its wings and appeal to our imagination, to show us the poetry of the world in all of its splendour.