For the last segment of PPS Danse’s 30th anniversary, we are pleased to unveil Le Trésor, the company’s fifth show designed for young audiences and the cultural activities that accompany the show. 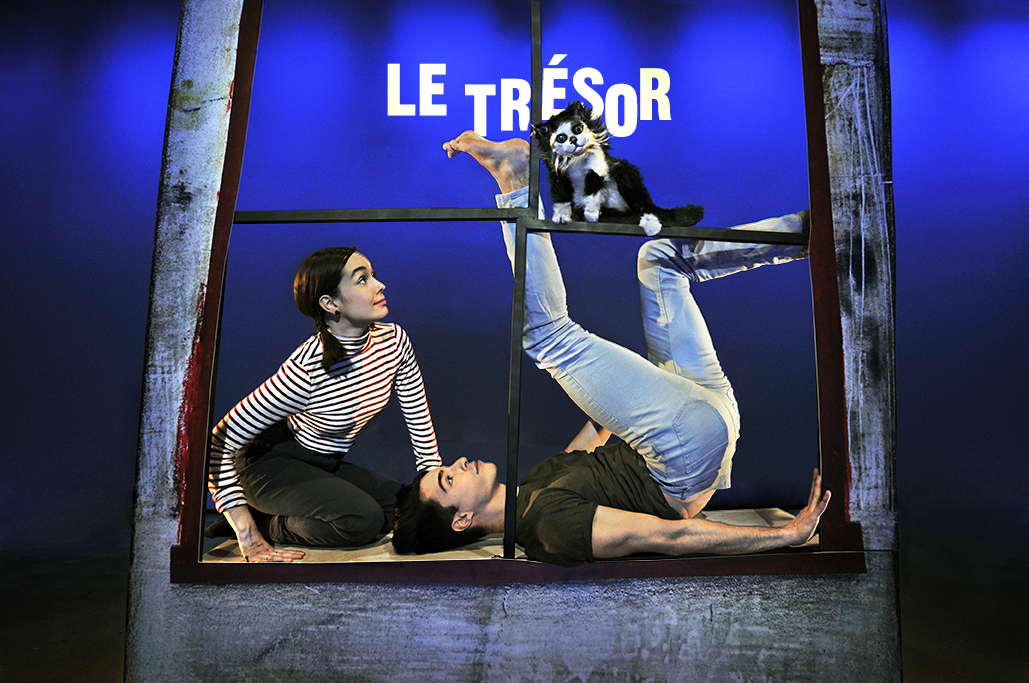 PPS Danse’s new production for young audiences, Le Trésor was presented at the Cinquième Salle at Place des Arts from March 4 to 7, 2020. Inspired by a deep attachment to Quebec song, Pierre-Paul Savoie drew on this repertoire to create Le Trésor, an interdisciplinary creation. The songs of Vigneault, Léveillée and Leclerc join those composed by Alexandre Désilets, Alexis Dumais and Lise Vaillancourt (lyrics) to set the canvas for a choreography that oscillates between ardour and poetry, between softness and tone. The stage space created by Richard Morin comes alive and is transformed into an enchanting movement. Le Trésor takes a luminous look at childhood, at the joy, freedom and spontaneity of play, a glance at the complicity shared with pets, a cat here, these guardians of our most intimate secrets. Rooted in values of humanity, fraternity and sharing, Le Trésor reveals the greatness of little ones. With performers Audray Julien and Nicolas Boivin, directed by Pierre-Paul Savoie, and supported by a formidable creative and technical team : Marie-Éve Carrière, Corinne Crane (rehearsals), Alexandre Désilets and Alexis Dumais (music), Lise Vaillancourt (dramaturgy), Richard Morin (set design), Stéphane Ménigot (lighting), Fany McCrae (costumes), Jean Cummings (puppet manipulation) Juliette Thiriet (stagehand), Valérie Bourque (technical direction), Benjamin Perreault (production coordination) and Hugo Trépanier (sound). Thank you and congratulations to all. The creation of the show was made possible thanks to Place des Arts de Montréal and its Foundation. PPS Danse would also like to thank Spectacles New Richmond and Spect’Art Rimouski, as well as the Notre-Dame-de-Grâce and Mercier houses of culture. The show will also be presented on May 5 and 6 as part of the Festival Petits bonheurs, at Collège Maisonneuve in Montreal.

In addition, the young audience section of the travelling exhibition retracing the company’s 30 years was presented in the foyer of the Cinquième Salle from March 4 to 7 to complement the performances of Le Trésor. This section featured five productions by PPS Danse: Les Flaques, Contes pour enfants pas sages, Les chaises, L’École buissonnière and Le Trésor through a selection of photos, props and model elements that intrigued and fascinated children, parents and/or caregivers.