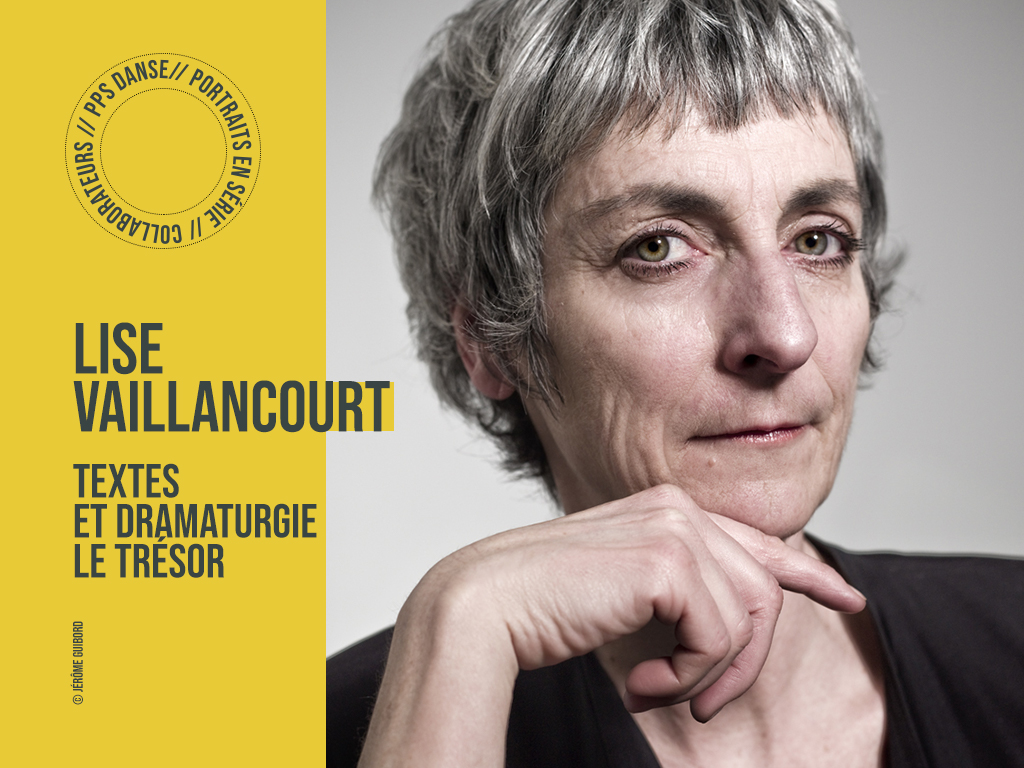 Born in Montreal to Montreal-born parents, grandparents and great-grandparents.

What is the professional activity that best defines you?

I have been primarily a playwright and novelist for 35 years. And like many playwrights, I have performed many of my plays. When Pierre-Paul Savoie approached me to ask me if I wanted to be an outside eye on a show in which he intended to return to the stage as a dancer and which became Confidences d’un corps created in 2007, it was following a very rich exchange between him and me about solos and the body on stage. I had already written two texts for acrobats from Dynamo Théâtre. Working with a dancer-choreographer allowed me to push further what I call three-dimensional writing, which in dance is called dramaturgy.

How do you approach your work?

Listening to the choreographer about his or her initial project; writing down what he or she wants to say; what moves him or her; what the show looks like in his or her head; what is the choreographer’s primary challenge. Then, follow the rehearsals at regular intervals; note the first series of tableaux. See how the project starts; be sensitive to early intuitions.

What are the initial guidelines you are given?

I am a playwright. My job is to keep in mind the choreographer’s initial idea and to ensure the coherence of the sequences of tableaux while preserving as much poetry as possible.

How do you manage to recreate a universe that corresponds to the intentions that are expressed to you?

Choreography is a writing in space with bodies in movement. It is a complex writing, in three dimensions. I don’t create a universe next to the proposals in the rehearsal room. I simply highlight the strong, relevant moments; those moments when something happens.

What kind of collaboration was necessary to advance your work? With whom mainly?

I love talking to the rehearsal staff and the dancers. The rehearsal girls make the choreographic phrases clearer. It’s a joy to watch them work. The moment they come into play, the boundary tends to disappear between my work as a playwright and their work. Also, with the visual artists who are of primary importance in the proposal of the scenic universe.

Do you make several scenarios before proposing and fixing your ideas?

At decisive stages, I propose to the choreographer movements of tableaux either to intensify the dramatic rise or to amplify the life of the work or to indicate a tableau that seems weak to me.

Is it important for you to attend rehearsals to adjust your work as you go along?

My work takes place mainly in the rehearsal room.

For you, what is the difference in your work between young and adult audiences?

I’m more aware of the audience I’m talking to when I’m working on a performance for young audiences.

Do you rediscover your childlike spirit by working for young audiences?

I have never lost it.