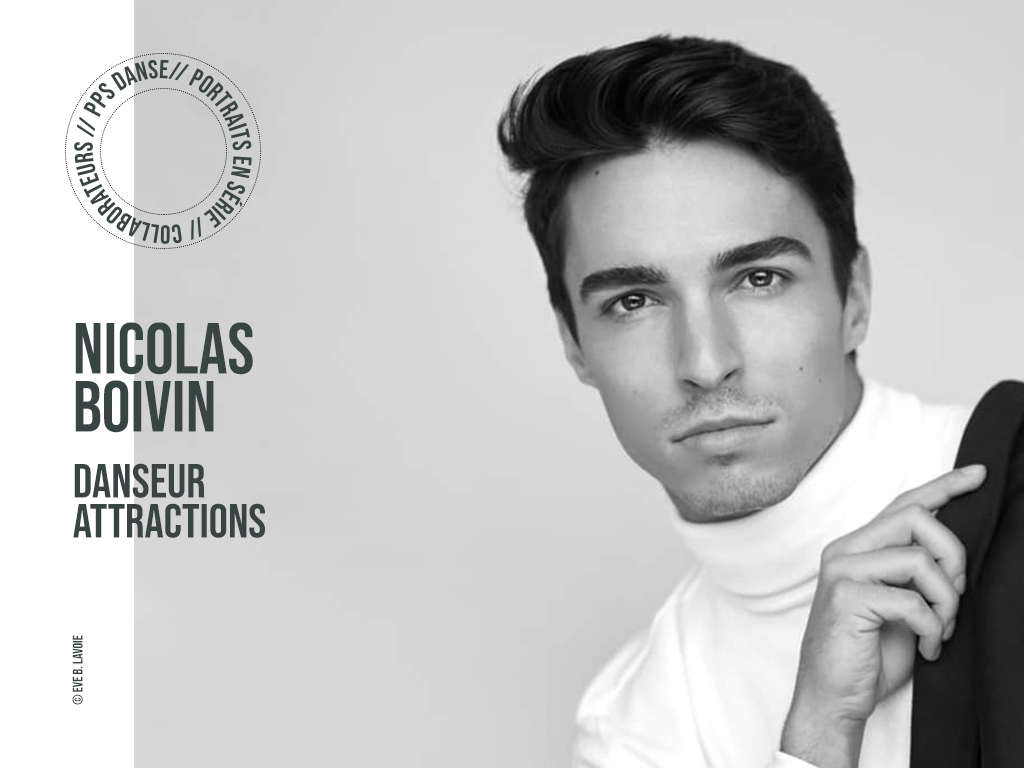 At what age did you start dancing?

I started dancing at the age of 12 in urban dance.

Do you still enjoy your discipline? Do you train every day?

I love dance more than ever, and the fact that I no longer have access to it as I used to, shows me how essential this art is to my life. Despite the confinement, I stay active by doing movement sessions, keeping my focus on my coordination, range of motion and center. For Attractions, it is at the cardio level that it will be more difficult because this show requires a very special “stamina”.

Did you have a starting framework for Attractions? Did the starting proposition evolve a lot during the process?

The composition of the show has evolved a lot. At the beginning, the cast of the dance duo included another dancer, Alexandre Carlos, and Roxanne (Duchesne-Roy). Upon my arrival, I began by learning all the material in three and a half days to begin a first residency. Then, for all the others that followed, we created, changed and moved tables to bring out the final version presented at our official premiere.

Is this a demanding performance for you?

This famous final version is very demanding. It’s a 59-minute performance with exits of a few seconds used to move stage equipment and musical instruments. When I come back on stage, it’s for a new tableau that totally changes energy by the musical atmosphere.

Was it easy to integrate the musical instruments into your choreographic scores?

The inclusion of the instruments into the choreography was not always obvious. Sometimes we had too many ideas, so we had to make a choice that was influenced by the preceding or following tableau. Indeed, we had to think about the backstage area and the accessibility of the instruments for Pierre and Élisabeth, so that they could make their instrument changes as quickly as possible.

Do you like to integrate your voice with dance? Is it an extra challenge?

Integrating voice was indeed an additional challenge, but Pierre and Élisabeth really helped me find my voice, after some crazy laughs!