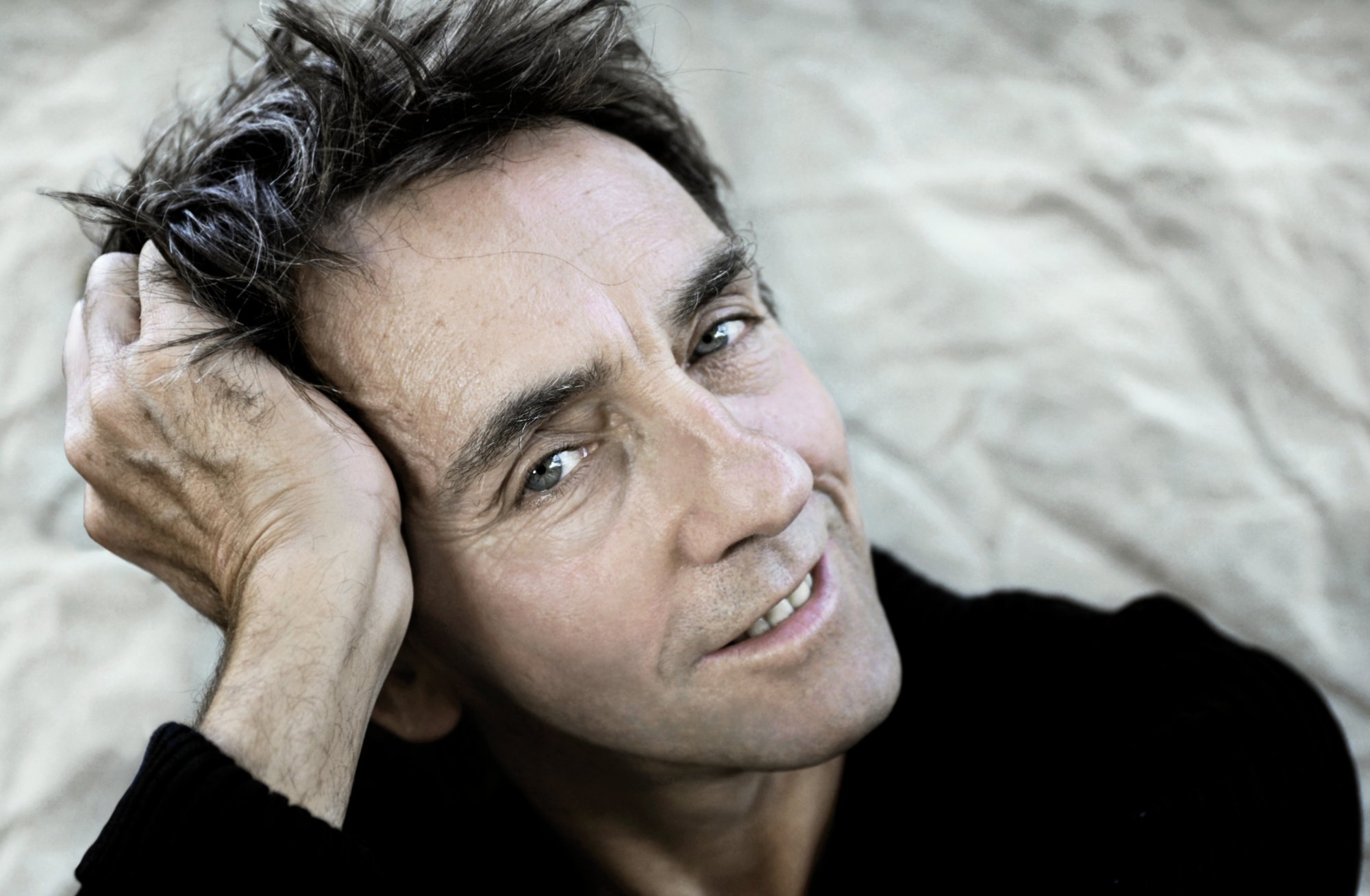 “My approach has been to find links, the ways of doing things, through movement. To see how the body, while being non-verbal, can be a very strong communication tool.”

The PPS Danse team pays tribute to the man who founded and ran the company for over thirty years (1989-2021). Under his artistic direction, the organization created, evolved, collaborated, dreamed, and made its mark. Pierre-Paul Savoie’s career and the company have been punctuated by more than thirty works, with over 850 performances in some fifteen countries across America, Europe and Asia. Regardless of the creative cycle to which they belong, all are marked by multidisciplinarity in their form and humanity in their content. Humanity is a word that suits Pierre-Paul so well.

“In addition to being a formidable artist with innumerable talents, a tireless visionary for whom the growth and influence of dance nourished his life’s journey until the very end, Pierre-Paul leaves us with the memory of a man of heart.”…read the complete testimonial

The members of the PPS Danse Board of DirectorsPPS Danse

“It is not trivial to tell that I encountered Bagne at the Theatre du cuivre in Rouyn-Noranda, in 1997 I think. There were not many of us in the room that night. I was there with friends from the Studio Rythme et Danse, my brother and my parents. For each of us, or almost, it was our first encounter with contemporary dance. What an evening!”… read the complete testimonial

“We have had the honor and pleasure of working with Pierre-Paul to advance the company’s projects. We have shared the fervor, determination and strength he brought to each project. We have seen the trust, the listening and the recognition for each collaboration. ”… read the complete testimonial

PP, (PP-roni, Pierre-Paul), my friend.
“1982 or 1983, I first saw you at Concordia University in the elevator of the VA building. Everytime the teacher tried to enter, you closed the elevator doors. Frantically pushing buttons, playing the confused innocent, you had everyone screaming with laughter. I wondered “Who is that!!?”… read the complete restimonial

“It was February 2007, in Quebec City, during RIDEAU’s annual gathering. You and I were sharing the same table in a restaurant in Old Quebec City. You had been listening to me talk for a while about a theater solo I had just seen; why it was so powerful. The last day, at the Palais des Congrès, in a room that was emptying, you invited me to a table. You told me that you wanted to go back on stage; that you hadn’t done it for twenty-five years; ”…  read the complete testimonial

“It was in Quebec City, in the hustle and bustle of the closing of the contact room of the Bourse RIDEAU 2011. We barely knew each other. “Do you have two minutes, I have a project I’d like to talk to you about.” Nine months later, the show Danse Lhasa Danse, co-produced by our two companies, was presented at the Place des Arts as part of the 25th edition of Coup de cœur francophone.”… read the complete testimonial

Dance, Pierre-Paul, dance…
“January 31 marked the end of 47 years of friendship.
It was in Matane, in the Gaspé Peninsula, that Pierre-Paul and I met with the Cegep theater troupe. We fell in love with the stage and decided to make it our profession. We both went to Montreal, on the fly, to audition for the National Theatre School with excerpts from Demain matin, Montréal m’attend by Michel Tremblay. And we were both accepted! The joy.”… read the complete testimonial

“It is with great sadness that we learned of the death of Pierre-Paul Savoie, a talented choreographer and an extraordinary human being, sensitive and generous. Over the years, we had the privilege of collaborating on several artistic projects, hosting him in creative residencies and presenting his exceptional shows to the public in our region.”… read the complete testimonial

Choreographer-performer and director, Pierre-Paul Savoie founded PPS Danse in 1989, a company renowned for its multidisciplinary works with strong images and pertinent questions. A versatile artist, he has worked for the stage, film and television, often collaborating with major theatrical, musical and circus institutions. Very involved in his milieu, he was president of the Regroupement québécois de la danse for five years and until recently worked on structuring an international network for young dance (Young Dance Network). His career has been marked by several awards, notably in recognition of his contribution to the development and presence of dance in Quebec.

From theatre to dance

Upon entering the National Theatre School of Canada in 1975, he became interested in a form of theatricality that marked his work. There he discovered the dance that would become his true path. Curious, he was introduced to acrobatics at the National Circus School of Montreal before enrolling in the dance program at Concordia University. There he met Jeff Hall, with whom he partnered creatively for nearly 15 years. Through their athletic qualities, charm and humanist vision, they captivated audiences imposing an interdisciplinary approach to dance that combines voice, text, various theatrical interpretations, choreography, sculptural decor and innovative images. In 1995, they won the Jacqueline-Lemieux Prize for Bagne, a work inscribed in the memories and history of Quebec dance.

Several collaborations mark Pierre-Paul’s career, including those with Luc Plamondon, Claude Poissant, André Montmorency, Michel Lemieux and Victor Pilon. He has contributed to a large number of cultural events, among others as choreographer for the Gémeaux awards gala (1996), the ADISQ gala (1995), the parade for the 350th anniversary of the city of Montreal (1992), and a show paying tribute to Cirque du Soleil music at Montreal’s International Jazz Festival (1995). 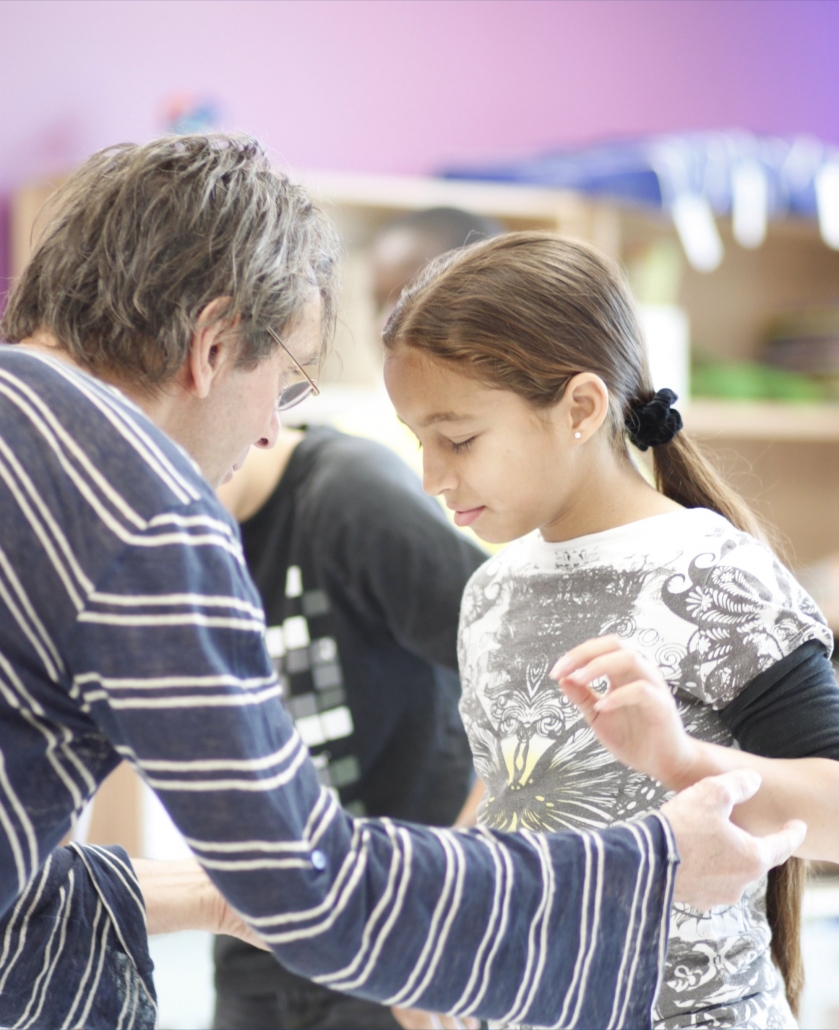 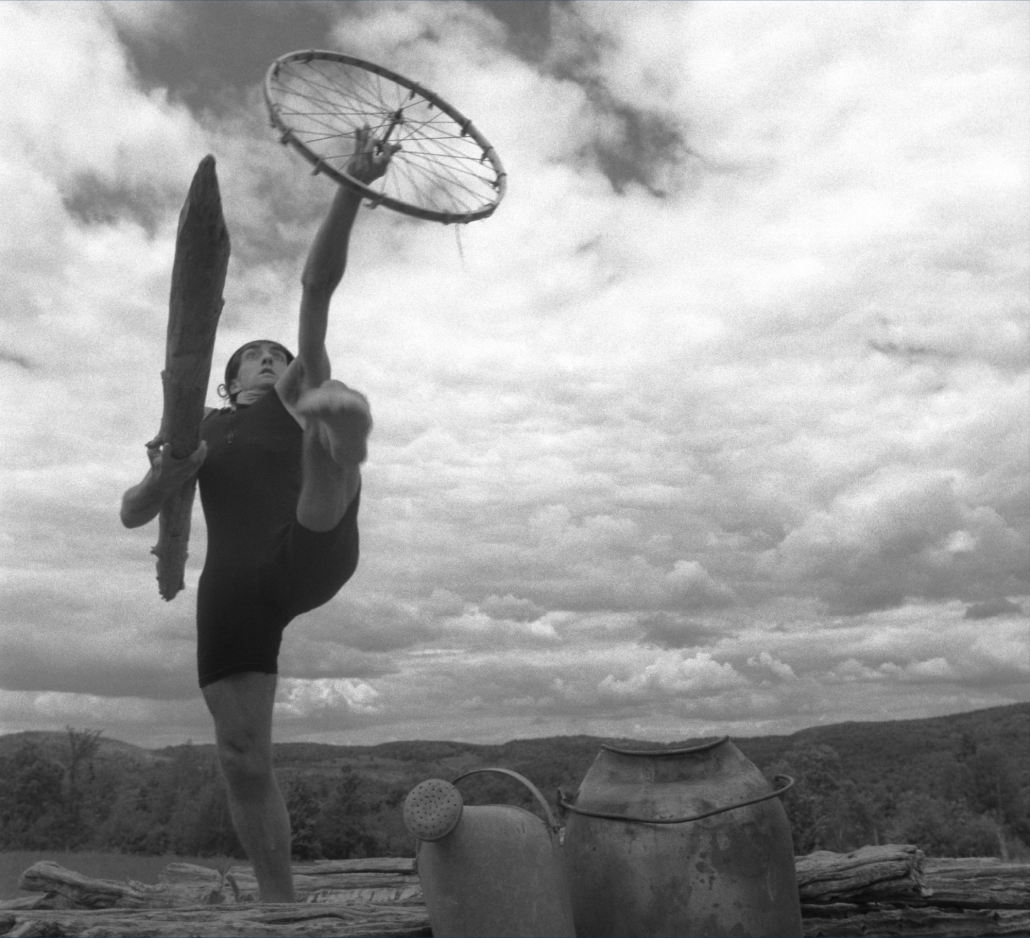 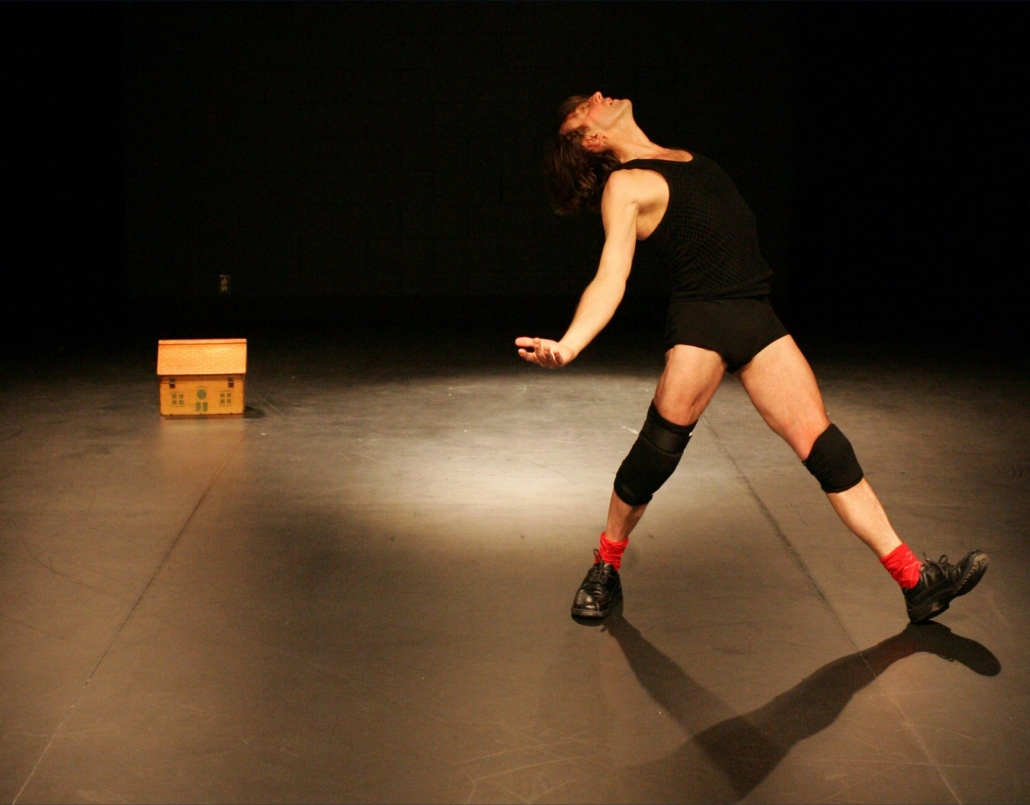 In 1999, Pierre-Paul Savoie became fully involved in the defense of dance-related issues. As president of the Regroupement québécois de la danse, the performer took a temporary step back to let the citizen occupy the role assigned to him by his community. He then experiments with another way of communicating, organizing, sharing and gathering.

His presidency and his involvement contribute to the advancement of important issues such as increasing funding for the performing arts and improving the conditions of the practice. In 2004, his contribution to the dissemination of dance was recognized by the Prix Attitude, awarded by the Réseau de diffuseurs de l’Est du Québec. In 2008, he was awarded the Hommage RIDEAU prize for his contribution to the development of dance in Quebec. This unwavering commitment to the evolution of the discipline and the development of his community has already been reflected for many years through residencies and mentorship programs offered free of charge to young creators.

The time of maturity

When Pierre-Paul Savoie came up with the idea of seeking out exiled Canadian choreographers for the Diasporama series in 2007, he intuitively initiated the openness to the outside world that characterizes PPS Danse’s creations today. Until very recently, they are the fruit of collaborations with artists from here and elsewhere, bringing together various disciplines and imposing a humanist point of view that was his, such as Danse Lhasa Danse and Corps Amour Anarchie / Léo Ferré. At the same time in 2006, Pierre-Paul Savoie started giving a concrete expression to his desire to contribute to the awakening of new generations by including works for young audiences in the PPS Danse repertoire. The freedom he finds there is uncompromising for this demanding audience. In doing so, he attaches great importance to cultural action, which he places at the heart of the creative process and the inspiring encounters it makes possible. In fact, in 2015, he will receive the City of Montreal’s Prix de l’action culturelle in recognition of his contribution in this field.

As Pierre-Paul said on the occasion of anniversaries that have marked the company, “to look back is to illuminate the road ahead. It is an opportunity to measure the extent of the road travelled through countless inspiring or memorable encounters”. Pierre-Paul Savoie knew the art of communication and knew how to cultivate a warm closeness with people. Whether during performances, evening meetings or activities, he was happy to meet with the public to discuss and transmit his passion. A key figure in the Quebec dance scene, he maintained close ties with artists and collaborators who crossed his path in large numbers. 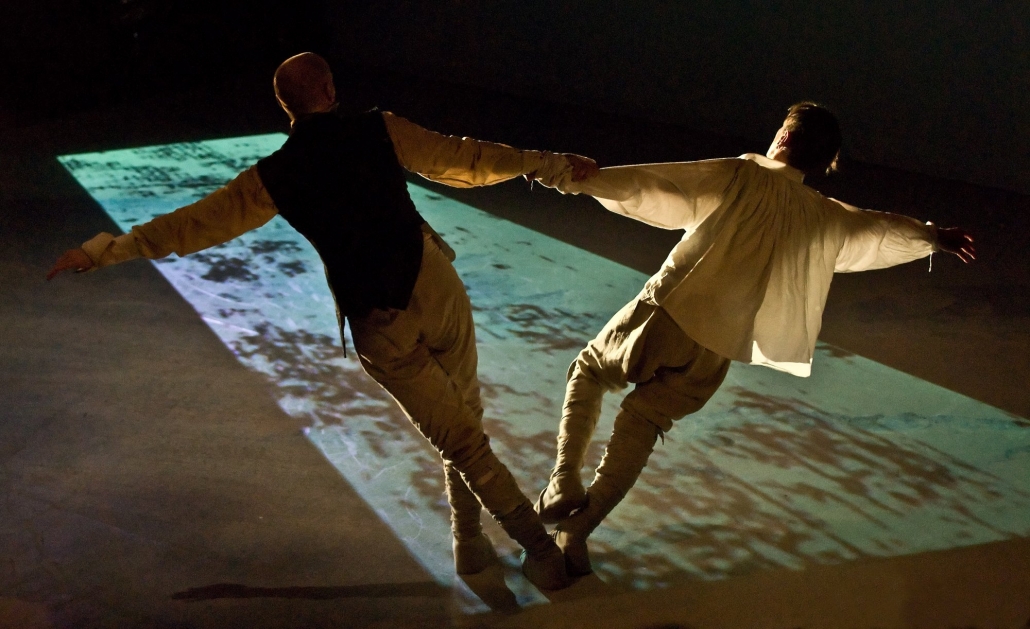 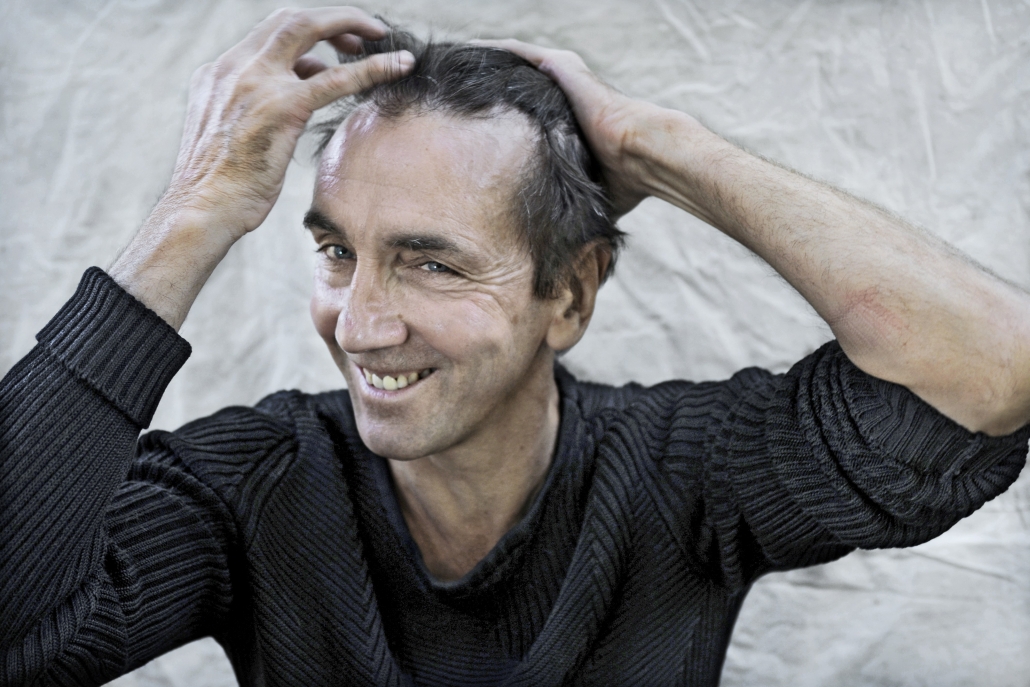 Pierre-Paul, his voice, his words

“Dance is a means of expression that is non-verbal, poetic and imaginative. It takes us on a journey of the mind and soul.”

As time goes by…
Regardless of the creative cycle to which they belong, Pierre-Paul Savoie’s works are all marked by interdisciplinarity in their form and humanity in their content. Renowned for his works with strong images and pertinent questioning, he was also involved in theatre, film and television. Openness, creativity, humanism, sharing and commitment have always been the driving force behind his activities.

Jacqueline Lemieux Prize from the Canada Council for the Arts (1995) prize shared with Jeff Hall;

“One of my fondest memories of Pierre-Paul was when he came to Winnipeg to perform Duodenum in the late eighties. He was generous enough to give workshops to my young students while he was here. They were enthralled with him, especially when he treated them to a little opera singing! In addition to performing Duodenum, we were also give the gift of him performing his magnificent solo bringing to life his journey to dance, Tripe Attisées (I hope the spelling is correct). My last visit with Pierre-Paul was a trip to Vancouver to see Danse Lhasa Danse. I will hold him in my heart always. I believe he is one of the kindest people I’ve ever known. I’m sad that he is no longer in this world, but we is so much richer because he was.”

“Dear Pierre-Paul, I treasure your memory not only for the dance you gave us so generously but for the casual meetings we shared over the years. With shining eyes and a huge smile, you would spot me in a crowd and cross the space between us to hug me warmly.

You were a great, great hugger.”