The curtain rises on PPS Danse’s 29th season in timely fashion with a series of performances of Léo Ferré / Corps Amour Anarchie at three cities in France. This series will be followed by a tour of several Québec cities in the fall and spring. At the same time, L’École buissonnière (Playing Hooky) continues its itinerary of performances for children highlighting the delightful poetry of Jacques Prévert. Our busy schedule this year will include two new creations, one aimed at youth audiences and the other for the adult public. Keep in touch! 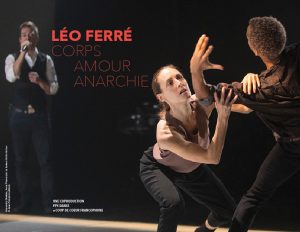 Co-produced with Coup de cœur francophone, and conceived and directed by Pierre-Paul Savoie, the show will be presented at three venues in France in October, featuring the voices of Bïa, Betty Bonifassi and Alexandre Désilets, along with six dancers interpreting choreographies by Hélène Blackburn, Alexandre Carlos, Emmanuel Jouthe, Anne Plamondon, David Rancourt and Pierre-Paul Savoie.

Accompanied by Alexis Dumais at the piano, the company presents Ferré with strength and originality in a presentation that takes the words and movement to new heights. 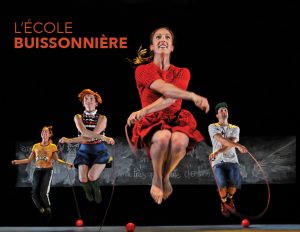 A new tour will take the Québec cast and crew of L’École buissonnière to Gatineau, by way of Saint-Hyacinthe, Valleyfield, Granby, Sainte-Thérèse, Sherbrooke and Brossard. Some 20 performances have been confirmed for these cities. We will be celebrating our 100th performance of the show in Quebec City, at the Théâtre Jeunesse Les Gros Becs, partner of La Rotonde.

TWO CREATIONS IN THE MAKING 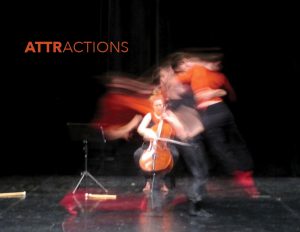 Pierre Labbé, of Sacré Tympan, and Pierre-Paul Savoie, of PPS Danse, have been working for several months on a creation project exploring the potentialities of a dance/music encounter that examines the intersecting zones and forces of attraction between the two artistic languages.

Co-produced by the two companies, Attractions depicts this encounter between two dancers and two musicians live on stage. Several artists’ residencies have already taken place with others scheduled for this season. The creation is planned for the fall of 2019.  To be continued… 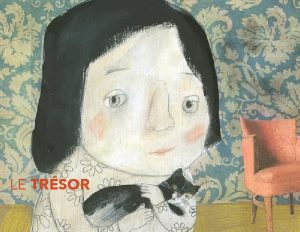 Having more recently focused on the adaptation of various works from the French repertoire to conceive his youth creations, Pierre-Paul Savoie is now delving into Québec works to expand his choreographic repertoire. This new terrain draws on children’s songs and youth illustration, rich material for a vibrant selection of short choreographic gems, textual, musical and iconographic, assembled with thoughtful sensitivity.

New to the team

Having joined the PPS Danse team this past summer, Anne-Valérie Côté  now assumes the company’s general coordination, replacing Anne Massacré to whom we extend our warmest thanks. An invaluable asset, Anne-Valérie brings her extensive knowledge and experience of the performance arts. 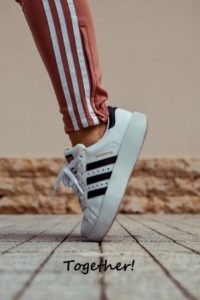 We invite you to support our activities and artistic commitment by making a donation to the PPS Danse company. It’s easy via a new tab on our website, and will be greatly appreciated. Our heartfelt thanks!